Starting a new life after events of this sort seems impossible. All you see ahead is the dusty shadow of what was once a town full of homes, buildings, businesses. Now, young people with their baggage go off to find work elsewhere, silhouettes disappearing into the distance.

In this climate of uncertainty created by the earthquake, when the spotlights have dimmed and the media noise dies down, it’s important to not only rebuild physically but also breathe new life into the local economy, revitalize the stricken territory through initiatives that enable it to reposition itself on the market and prevent depopulation.

Re-forge the links broken by the earthquake that struck the Apennines in Central Italy in 2016.

This objective was the inspiration behind Autogrill’s solidarity initiative, organized under a wider reaching project - “La Buona Strada” – promoted by Slow Food to raise funds in support of local food producers in the parts of central Italy hit by the earthquake.

Thanks to the proceeds from sales of the “Abbraccio Marche” sandwich in various Autogrill motorway service areas throughout Italy from September to November 2018, a food truck has been purchased to provide economic support for the people affected by the earthquake. With every sandwich purchased, customers contributed 1 euro to the initiative, while Autogrill added on another euro.

The food truck was donated to the Cooperativa di Comunità dei Sibillini on 5 December 2019 in an event organized in Comunanza (Ascoli Piceno) and will serve three provinces hit by the earthquake: Ascoli Piceno, Fermo and Macerata. It will distribute local products to help both the population and its trades people, a function that symbolizes a real revival, restoring dignity to the whole community, who have participated with great pride and motivation in this important and highly visible initiative 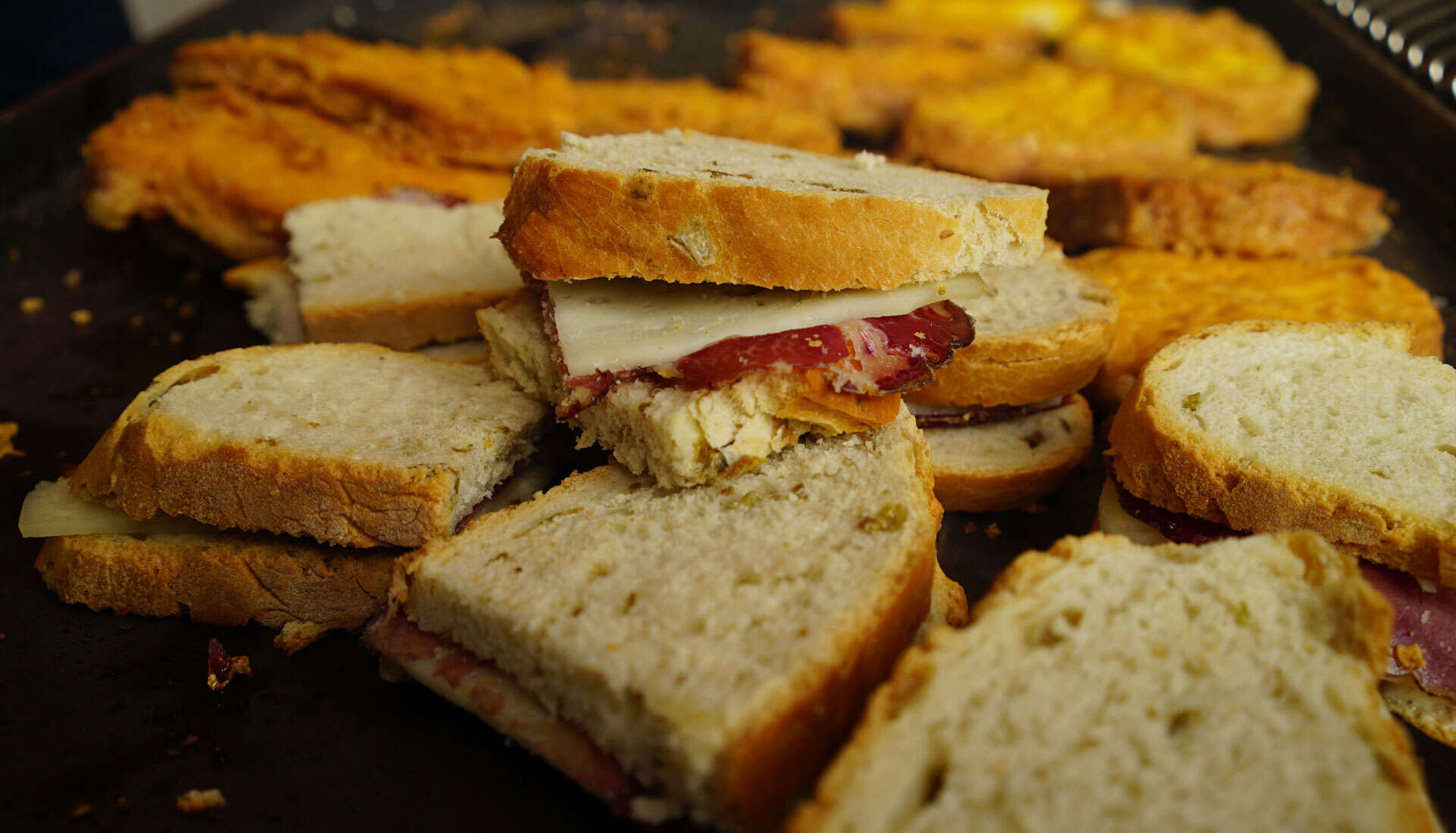 The successful outcome is perfectly in line with the Group’s philosophy and its commitment to l promoting sustainability initiatives in support of people and their territories.

To create this new sandwich – the “Abbraccio Marche” – Autogrill based itself on the territory in question and focused on fragrances and flavours associated with their local history and traditions.

Love of the land 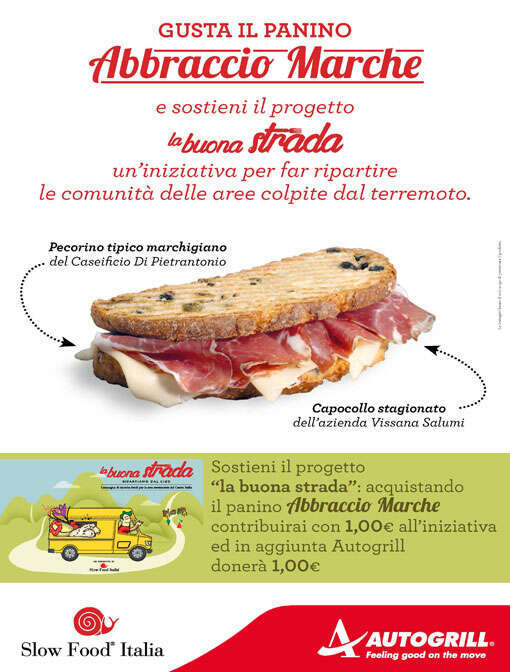 Wrapped in the soft embrace of olive bread are two genuine specialities: