Autogrill Villoresi Est: where past and future converge

“They seem to check each other out;
one the symbol of the future that was, the other of what will be”

It was 1958, when one of the most representative Autogrill service stations of all time was built on the Autostrada dei Laghi (A8 Milano-Varese motorway). A building that at that time looked to have come straight out of a sci-fi film, an icon of modernism made in Italy. We are talking about the historic Villoresi Ovest, the Autogrill that was even featured on the cover of Life magazine in the sixties.

After more than 50 years, those places are back in the limelight. Today, exactly opposite the old Villoresi, a volcano is rising up: the most futuristic Autogrill ever created. 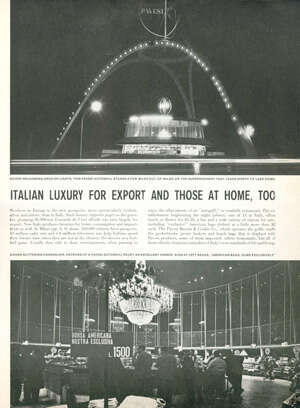 "The basic idea was to build a structure that needed no external energy to survive”
Gianmario Tondato Da Ruos, CEO Autogrill

You can immediately see that this is not an Autogrill like all the others. It pops out, just after you have passed the poplar wood that runs alongside the A8. It is impossible to miss it - it stands out forcefully, about 30 metres tall in a space with no other urban references, signalling its presence like an enormous volcano that lights up red in the evening.

“Looking at the Villoresi building from above gives you an idea of its very nature as an organism”
Giulio Ceppi, Total Toool, Villoresi Est architect 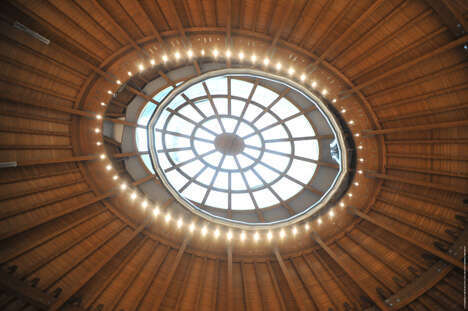 The breath of Villoresi Est

It is precisely through its volcano (or funnel) that Villoresi Est breathes: 1,200 m2 of coils irradiate the entire roof and then plunge, thanks to integration with a system comprising 420 geothermal probes, 25 metres down, extracting  or releasing heat to suit requirements. It is actually a roof that captures: depending on the season, it collects either the sun’s energy or cold. It is the building’s “skin”, the membrane that allows it to interact with the outside and adapt to its surroundings.

The result? Lower CO2 emissions (- 59%), 45% savings in electricity compared to a normal building.

Designed like a living cell, water irradiate the entire organism of Villoresi, starting with the coils that lead from the volcano. But it does not stop here. The building can capture rainfall and run-off water for air conditioning, irrigation of plants, toilets and fire fighting.

It enables savings of around 30% (25,550 m³ a year) compared to a traditional building, equal to the average household consumption of 128 families. 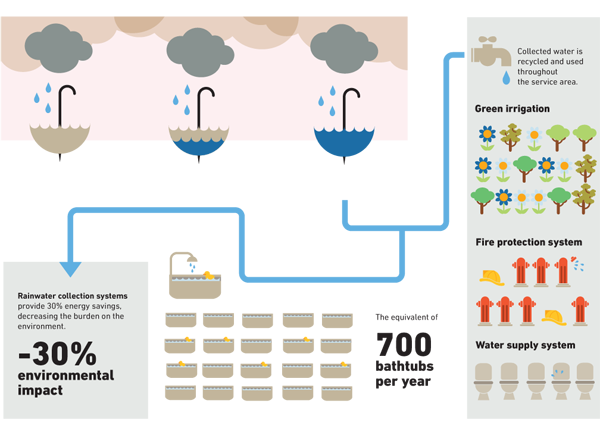 The entire internal structure is in Pefc certified laminar wood from sustainably managed forests, just like the other construction materials, all eco-compatible and recyclable, from the asphalt to the roofing.

Autogrill is the world’s leading provider of food & beverage services for travellers.
The Group is present in 30 countries on 4 continents, operates in about 805 locations managing  about 2,800 points of sale  with more than 34.000 employees and is present in 139 airports.