Starbucks+Autogrill=much more than a sum of two parts!

Over 20 years of collaboration marked by successes and innovation. From Seattle airport to the stations in Paris: the story of an irresistible advance

Seattle, then Canada, followed by the motorway in Maryland, then European airports and stations: the relationship that started in 1991 between Autogrill and Starbucks is full of first times and it has seen both companies strengthen reciprocally.

“When we began our collaboration with Autogrill, over 20 years ago, we only had 100 sales points” recalls Cliff Burrows, President of Starbucks Americas & Emea, from the height of his company’s global success today.

Reaching a partnership that can boast over 400 sales points in 8 countries and is capable of generating more than 500 million dollars in profit a year, has called for a lot of hard work and the fearless sharing of knowledge and competences.

Seattle was just the start

At the inauguration of the first Starbucks in the Seattle-Tacoma airport, neither the coffee giant nor Autogrill (manager of the coffee bar through the American division HMSHost) could have imagined just how long a road they would follow together.

Again in 1991, with the sales point at Vancouver airport, the partnership came to Canada, while 1998 saw Autogrill bring the green Starbucks sign to service stations along highways in the United States.

These were just the first stages of fast-paced growth that led to renewal of the alliance between the two companies in 2012, with confirmation for the second time of a 10-year agreement for North America, including an extension of the partnership to cover the European market.

Autogrill accompanies Starbucks in its conquest of Europe

Following the strategy strengthened and honed in the almost 400 Starbucks sales points managed in North America, extension of the partnership to include Europe led to clear results: development in the airports of Amsterdam, Copenhagen, Cork, Dublin, Brussels and in other locations in Belgium, where Autogrill was already present with the Starbucks brand. The next step was launch into the food service market for French travellers (starting with two sales points at Marseille airport) and in Holland (with focus on motorways).

The secret of a very successful partnership

“Our partnership is based on reciprocal trust and innovation: Autogrill is always open to new ideas, a continual stimulus for us to innovate and look forward. These are the factors that make our partnership greater than the sum of its parts”. Cliff Burrows 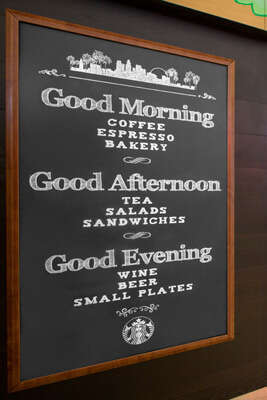 An inclination for innovation, a desire to establish a name on the market with products that stay ahead of trends, the capacity to listen and interpret customer needs: these are the cornerstones on which Autogrill and Starbucks have built their many successes.

The most recent include the Starbucks Evenings in the airports of Los Angeles and Washington. A new, European-style concept, created as part of the partnership and tailor-made to suit international travellers.

Before the roads of Starbucks and Autogrill met up, enjoying a glass of good wine and crudités while browsing on a free internet connection at one of the tables under the famous green and white sign would have been unthinkable.

Autogrill is the world’s leading provider of food & beverage services for travellers.
The Group is present in 31 countries with more than 60.000 employees and manages about 4.000 points of sale in around 1.000 locations.
Autogrill serves people on the move and operates primarily under concession agreements.
The Group operates mainly in airports and motorways, followed by railway stations and a selective presence in high street, shopping centres, trade fairs, museums, and other cultural facilities.